A Man Can Avert His Own Destiny

A Man Can Avert His Own Destiny:

“Each man is the smith of his own fortune” (Appius Claudius)

This is a well-known saying of Roman Philosopher that shows that man is an architect of his own destination.Destiny is a quite colloquial term to all of us, that is usually defined as predetermined fate or an invincible necessity. 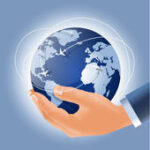 It is true that the concept of predestination is right,but having blind belief in predetermination of things is futile and obnoxious. And this belief often causes the destruction of a man. This predestination of things is actually a test of man’s capabilities set by the Divine Power because he has granted this creature of universe with outstanding qualities. He has the stamina to face and avert every calamity. This is the beauty of destination that a man has to prove himself for its achievement. Those who have the fear of losing,do lose.Fortune is nothing in itself, this is only what a man does. A man can definitely avert his destiny, if he has an iron will; because his adamant determination can make his fortune bright. Destiny always bows itself before strong and brave people. Strength is not measured by physique, but by personal ethics and honesty, therefore, it is better to endure than to give up. Henry Miller has rightly said:

“We create our fate everyday we live”

There are certain factors that can help a person in averting his destination. These are as follows;

Firm Resolution Of A Person:

Firm resolution is considered a magical key in diverting the destiny of a man. The wavering condition of man and getting puzzled while taking decisions brings destruction of a person. The need is that he should set goals for himself and then stick to them. When he is having strong belief,nothing will hinder his success. Helen Keller has said:

“Keep your face to the sunshine

And you can not see a shadow”

One must be optimistic. If failure comes,instead of losing heart he should go ahead;he should go ahead. Failure is like a ladder for going to height. One has to slip many times before reaching to destination. Sometimes a stage come when a person just want to give up the task, but it is his firm resolution that keeps him going. It makes him relentless urges him for doing work over day and night. There is a beautiful quote by Oprah Winfrey in this regard

The world looks different from the ground”

It is said that “hard work is a key to success”. It plays a vital role in shaping the destination of a man. Those who sit idle and wait for happening of some miracle, always destroyed. Man is prone to make mistakes, he does wrong and blames his fortune. And these mistakes spoils his destiny in his later life. No one can undermine the role of hard work in shaping one’s bright destiny. Some people belong to ordinary families, they are not born with a golden spoon in their mouth. But a day comes, when they shine like bright stars because they make sensible use of their physical and mental capabilities. They do not get bother about their family background, their passion becomes their destination. We have many examples of such great people in history as well as in present age. These people worked over day and night and got an everlasting merit. For instance, Napoleon was an ordinary general but he built up an ideal empire in his life because he was a man of great vision and an ambitious person. Dr. Johnson became the greatest intellectual of his day through hard work. Similarly Newton used to forget even his meal, when he was working on a problem. His devotion and hard work made him the great mathematician of the world. Quaid-e-Azam Muhammad Ali Jinnah was a lawyer by profession, but he proved himself as an exemplary leader.

Today Steve Jobs and Bill Gates are the greatest examples of successful persons, who have shaped their destiny according to their own will. Ralph Waldo Emerson has said;

“They   can conquer who believe they can”

Therefore, a man who does work hard finds the solution of all difficulties. He never feels downcast in failure rather his failures make him more strong, devoted and persistent. Consequently, he achieved his desired success because he always labours hard with consistency. He never looks at the close doors. According to Alexander Graham Bell;

When one door closes another door opens;

But we so often look so long and regretfully

And our this type of attitude really spoils destination.One can avert his destiny when he struggles hard and tries to find new ways and sources for solving problems.

Proper division of time is very essential for shaping a successful destination. This is law of Nature that sun rises and sets everyday, this is up to man how he makes use of this day and night time. If a man is sensible enough and recognizes his duties, he will surely improve and prosper in life. But if he does otherwise he has to repent. Life is nothing but it is a total sum of time. When we sow a seed at proper time, we will harvest an ideal crop. That is why , it is always said that it is a man himself who can either make or mar his destiny.

To put in nut shell, I would like to say that a man can avert his destiny, if he has a strategical mind and has belief in practicalism rather in fatalism. We can say man is a ruler of his realm who can exploit every source for shaping his bright destiny. And it is a false notion that fate creates everything. Here, I am not refusing the role plays by God, because God always puts one into a trial for polishing one’s potentials.  It is said;

Who will not help himself”

Thus when a man works with strong resolution and an unshaken will, he can mould his destiny according to his own choice. Problems and difficulties are momentary, and therefore,a person must be devoted and enthusiastic, if he wants to shape out his destiny. Edward Gibbon is very right in saying that;

“The winds and waves are always on the side

of the ablest navigators”

The Truth Of Dreams

Caged in the Percolate