Foucault (1974) discusses Discourse in terms of language link with culture, making its direct reference with the Newspapers as it is related to the social function of language. Discourse claims that the language used about a particular practice constructs the object of which it speaks.

In contrast to two major models, the Van Dijk’s social cognitive model and Wodak’s discourse historic model, Fairclough (1995) resorts to discourse analysis oriented towards sociolinguistics and to social theories regarding discourse in order to create a theoretical framework of CDA with three dimensions. Through these theories he studied the existing relationship between discourse and larger structures of society. In his study, the very first dimension is discourse as a text. Its goal is the study of different features in a text regarding discourses and it also inquires text sign, the reasons for this design, and other different possibilities. Through examining the choices of the linguistic forms of texts, it aims at revealing the function of such textual features and its role in production or resistance of the systems of ideology and power hierarchy. The second dimension of his study is discourse as material practice. It examines the process of its production, circulation and consumption.

CDA methods state that the discourse in newspaper forms a circular process. In it, social roles as well as different practices interfere with the text, as they shape its context and production manner. In a similar way, newspaper texts also have an influence in society by shaping the readers’ points of view (Richardson, 2007). Textual analysis is the first level of analysis in the Newspaper discourse, as it conveys the imprint of society i.e. connoted and denoted meanings. Occasionally reports of events are not entirely true or objective; they employ rhetorical strategies that are called rhetorical tropes. Corbett (1990) defined a trope as something that deviates from the original, ordinary meaning of a word (p. 426).

Newspaper discourse is characterized by following important features (see Bell, 1991, p.85; Fairclough, 1995a, p.36 and Biber, 1993, p.246): First, it has multiple creator or designers and a complex process of news writing news should be conceived as a product that derives from organizational structures and professional practices (Bell, 1991, p. 38). Accordingly, it is impossible to conceive any story alone, unique, a first-hand product from its source journalist, if we have not witnessed the journalist at work. A Newspaper by line does not guarantee the authorship (Bell, 1991, p.42). Newspaper Discourse lacks direct feedback, confusion, fragmentation, interaction, presence of audience, all of them characteristics of mass communication.

Stereotyping as regards how objective can communication via mass media be, it should be noted that readers and speakers have a stereotyped image in mind. It means reader has to identify newspaper as an institution i.e. the journalist is seen by them as merely an ‘institutional voice’ (Lindegren-Lerman, 1983, cited in Van Dijk, 1988a, p.75). Similarly stereotyped readers exist both in the minds of the communicators as well as in the text, i.e. they are partly constructed or construed through the text. It does not actually address the individual readers but the reader is addressed as a social group.

Embedding: News is always an embedded talk. Inside the News text produced by the author, other speech events or actions are rooted. Each has its own sender, receiver, and setting of time and place (Bell, 1991). News style is also controlled by some other general factors after (Van Dijk, 1988a, p.74): 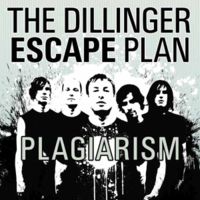